Latest News and Monitoring,From Our Network from Somalia

Radio station director Barkhad Awale Adan was killed yesterday amidst fighting between Somalia’s Transitional Federal Government and Islamist insurgent group Al Shabab in Mogadishu, the National Union of Somali Journalists reported.Adan, 60, who ran the community station Hurma Radio, was fixing a transmitter on the roof of the station when he was hit by fire […]

Noramfaizul Mohd Nor, a cameraman for Malaysia’s national Bernama TV, was killed in Mogadishu on Friday 2 September when the car he was travelling in was fired on at a city junction, reports say. His colleague Aji Saregar Mazlan, of TV3, was reportedly wounded but is now recovering. The reporters were travelling with the Malaysian […]

The International Press Institute is saddened at the death of a Somali radio journalist who was killed in a suicide bombing in Mogadishu on 4 October.  The militant group Al Shabab has since claimed responsibility for the bombing, which has so far resulted in 100 fatalities. The National Union of Somali Journalists (NUSOJ) reported that […] 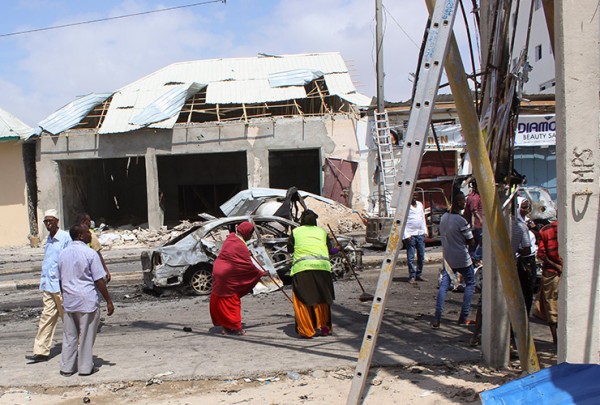 Press freedom under strain in Somalia in milestone election year

When a car bomb exploded at a security checkpoint near the Somali national parliament in Mogadishu in January, killing four and wounding 10 others, freelance journalist Mohamed Ibrahim Bulbul rushed to the scene to report the news. As police blocked off the area and emergency services worked to sort through the wreckage, a crowd of […]