Latest News and Monitoring,From Our Network from Myanmar

The Myanmar junta’s crackdown on independent media and civil society has been intensifying again in recent weeks. On December 14, freelance photojournalist Ko Soe Naing died in military custody after being arrested earlier this month while covering a pro-democracy protest in the country’s capital Yangon. He became the first Burmese journalist known to have died […]

American journalist Danny Fenster, the managing editor of Frontier Myanmar, was sentenced today to 11 years in prison by a Myanmar military court. Fenster was found guilty of encouraging dissent against the military, unlawful association and breaking immigration law. The trial took place behind closed doors inside Insein prison in Yangon. The IPI global network […] 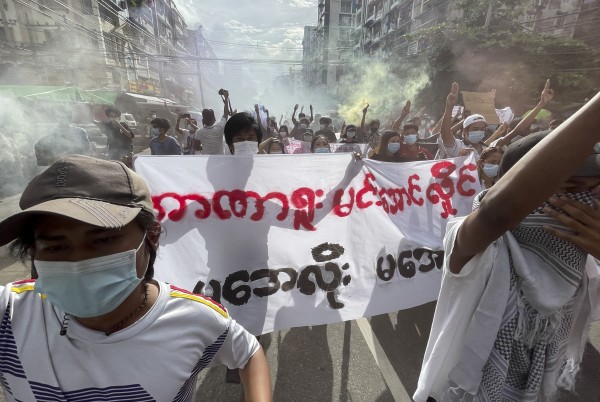 Myanmar: ‘The story of what happens when dictators come to power’

Arbitrary arrests, torture, surveillance, economic uncertainty, exile. This is the new normal for journalists in Myanmar since the February 1 military coup. Six months later, the junta has shown no signs of changing course from its crackdown on independent media, civil society, and democracy. Two weeks ago, after declaring himself prime minister, the junta’s leader […]

Today marks one month since Myanmar’s military junta detained U.S. journalist Danny Fenster. The International Press Institute (IPI) is again calling for Fenster’s release, along with all other journalists being held by the Myanmar regime. Fenster was managing editor of Frontier Myanmar, a current affairs magazine based in Yangon, at the time of his detention. […]