Both awards, which for the past five years have been given in partnership with IMS, will be presented during a special ceremony on June 5 in Geneva, Switzerland, during IPI’s annual World Congress and General Assembly.

A Rhodes scholar with a law degree from Oxford University, Almeida briefly worked as a lawyer in Pakistan before entering journalism. After joining Dawn, a highly respected English-language publication, he quickly gained a reputation as one of the country’s most brilliant analysts.

In particular, it is Almeida’s critical coverage of Pakistan’s powerful military and its direct or indirect involvement in political affairs – an extraordinarily risky and, for many, taboo subject in the country – that has won him admiration and legions of followers. Such is Almeida’s influence that he is “read by everyone who matters in Pakistan”, even those in the government and security establishment, as one observer recently put it.

Almedia’s scrutiny of the Pakistani military-security complex has made both him and Dawn a target. In 2016, Almeida was banned from leaving the country after publishing an exclusive story in Dawn on a rift between Pakistan’s civilian government and the military over the latter’s protection of certain extremist groups. The story prompted enormous controversy in Pakistan. Both Almeida and Dawn’s top editor were subjected to a widespread smear campaign and dragged before a military-initiated tribunal in an effort to force Dawn to reveal its sources.

Last year, Almeida was charged with treason and again banned from leaving the country after publishing an interview with former Pakistan Prime Minister Nawaz Sharif, in which Sharif indirectly suggested that Pakistan’s military aided the militants who carried out the 2008 terrorist attack in Mumbai, India, which led to 160 deaths. Proceedings in the case remain open. Treason is a potentially capital offence in Pakistan.

The retaliation against Almeida and Dawn for their reporting comes amid a rapidly deteriorating environment for the press in Pakistan. The range of threats includes physical attacks on journalists; legal harassment; the widespread disruption of newspaper distribution; and the effective blockading of independent broadcasters. IPI warned in 2018 that the Pakistani military had stepped up efforts to control the flow of information and quell scrutiny of its activities.

“Press freedom in Pakistan is under severe and sustained attack, without precedent during eras of civilian governments and the worst in the country since an oppressive military dictatorship in the 1980s”, Almeida said. “The state’s tolerance for and patronage of externally focused militant groups and a renewed erosion of democracy by the predominant military are issues of fundamental public importance – but coverage and commentary on those issues in the independent media now draws severe state retaliation.”

He added: “I am grateful to the IPI-IMS jury for its acknowledgment of the fight to preserve and protect media freedom in Pakistan. What has been inflicted on Dawn and me is one strand of a wider, systemic repression of the media in Pakistan.”

“Cyril Almeida has demonstrated tremendous resolve in tackling – at great risk to himself – deeply contentious issues that are nevertheless of central importance to Pakistan’s democracy, not least the role of the military in shaping the country’s present and future”, she said. “The response to his reporting has been a campaign of intolerance and state repression. Despite the press freedom crisis engulfing Pakistan, he, and Dawn newspaper, have refused to back down from writing about issues that matter.”

She added: “We urge Pakistani authorities to immediately drop all charges against Cyril Almeida. Bringing treason charges against a journalist for interviewing a former prime minister is as dangerous as it is absurd, and constitutes a gross violation of journalists’ right to disseminate information in the public interest.”

The 2018 World Press Freedom Hero Award was given to Angolan journalist Rafael Marques de Morais, who has braved decades of harassment and prosecution to expose corruption and human rights abuses in his country. 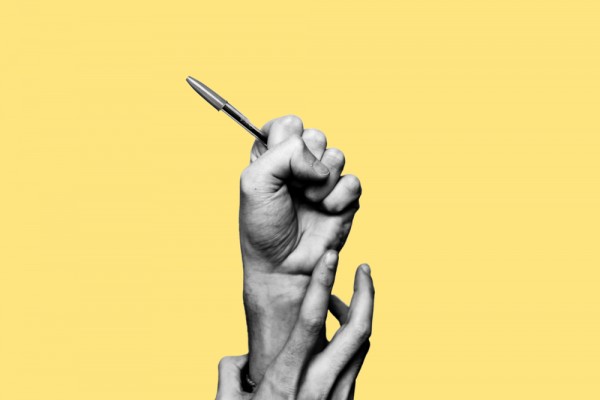 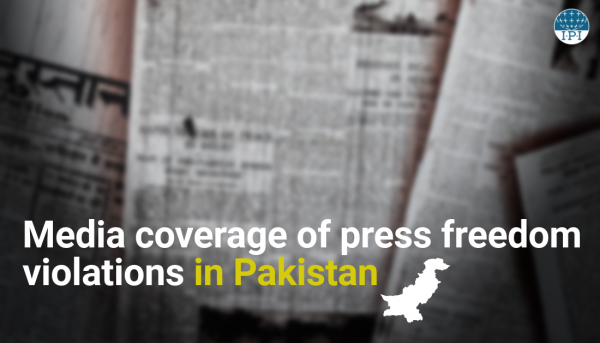