One Hungarian media monster to rule them all

After eight years of legal manoeuvring and many small steps toward building a centralized propaganda machine, Hungary’s government has put all its cards on the table and created a media behemoth of unheard size. And, to pave the way, the government has exempted its creation from almost all legal scrutiny and competition rules.

There had been rumours in Hungarian media circles for months about the move, and some articles had even described what Prime Minister Viktor Orbán was planning. But the swiftness and cynicism of the operation took most people by surprise. In just a few days in late November and early December, the entire Hungarian media landscape was turned on its head.

“The decentralized media model that they tried in the past few years was leaking too much money”, Dániel Szalay, a journalist covering media matters for various Hungarian publications, told IPI. “Some of the people running pro-government media companies put their own personal interests above the central political will, and sometimes even publicly quarrelled with one other. Despite winning the elections in April, Orbán was disappointed with them.”

The transformation started when Lőrinc Mészáros, a childhood friend of Orbán’s and now one of the country’s richest men, gifted his media empire to Közép-Európai Sajtó és Média Alapítvány (KESMA – Central European Press and Media Foundation), a foundation established in the summer of 2018. This was immediately followed by a similar generosity from almost all government-friendly media owners. In just a few hours, KESMA became the largest media company in Hungary, with hundreds of titles to its name, including a variety of print newspapers and magazines, TV and radio stations and news websites. Only a very small number of media outlets under government influence were left out of KESMA, most notably TV2, the country’s second-largest TV station, owned by movie producer Andy Vajna, a personal friend of Orbán. One estimate puts the overall media market share of KESMA as currently constituted at 16%.

KESMA will be the market leader in print media and radio, and will even own the largest online portfolio. It will only play second fiddle in the TV market, where Bertelsmann-owned RTL Klub still leads, though with its six TV channels and possibly TV2 still to come, it clearly dominates among domestic broadcasters. And, it should be noted, besides KESMA the Hungarian government also holds firm sway over the country’s public service broadcasters.

With the exception of RTL Klub and some smaller print magazines and radio stations, independent media in Hungary has been pushed to the internet. Several small websites struggle for survival, while the country’s largest news site, Index.hu was recently taken over by owners with shady pro-government backgrounds.

It is difficult to estimate exactly how generous the donations to KESMA were, since the market value of the media outlets involved is hard to pin down. The website G7 calculated what the donating oligarchs had previously spent on the outlets now passed on to the foundation, and came up with around 30 billion HUF, or about 90 million euros. The fact that these media owners were willing to subordinate themselves to a larger political cause surprised no one, since they had always been considered strawmen anyway, but the fact that this happened so quickly and in such a coordinated manner was a spectacular show of force from Orbán.

“It seems that after the elections they feel they can drop all pretenses and just go for it”, Szalay said of the media owners. “In the past couple of years at least they tried to hide their intentions behind legal obfuscation, but now they’ve stopped caring.”

The creation of KESMA should have been approved by the Hungarian competition authority, but Orbán made sure that no bureaucrat would waste time hand-wringing over the deal. A few days after KESMA’s transformation into a media empire, he signed an order declaring the transactions to be a matter of “national strategic importance in the public interest”, a legal construction that has been previously used by the government to exempt shady business deals, usually straddling the public and private sectors, from any kind of outside scrutiny.

Experts have pointed out that KESMA so blatantly violates Hungarian laws preventing the formation of media monopolies that without the prime minister’s order even the Hungarian authorities reduced to rubberstamping political decisions would have found it difficult to approve.  The foundation now owns all national commercial radio stations and all of the regional print newspapers, to mention just a few of the obvious illegalities, and there is a large number of smaller ones.

“Orbán’s order was useful to circumvent the Hungarian Competition Authority, but in theory the National Media and Infocommunication Authority should still act once KESMA is up and running and violating Hungarian media laws”, Szalay explained to IPI. “European courts could also take up the matter. It’s obvious that the merger puts the few foreign-owned media companies in Hungary at a disadvantage, and these could decide to sue”.

Previous experience has shown that, for these companies, lengthy legal procedures might recoup some money, but aren’t very useful to defend free media against a government bent on crushing it.

It’s obvious that a media company of this size distorts the market to a degree where it can hardly be considered free anymore. KESMA can keep costs down by unifying all the small companies’ specialized departments from marketing to bookkeeping, and will be in an excellent position when selling advertising space. These media outlets, even before being brought under one umbrella, always had very similar, staunchly pro-government editorial lines, but will now probably publish the same stories word-for-word, thereby further strengthening the propaganda messages that the government wants to disseminate.

KESMA will be led by Gábor Liszkay, a man who has spent decades working in different positions in Hungarian media, and who has recently become Orbán’s most trusted man in media matters. The foundation is in theory supervised by a three-member board, consisting of two Fidesz politicians and the head of a government-friendly NGO. They were appointed by the company that established the foundation, which itself was founded by Liszkay. It seems that Orbán wanted to make sure that unlike in the past few years, a single centralized structure, led by a loyal lieutenant, would control all his media interests. 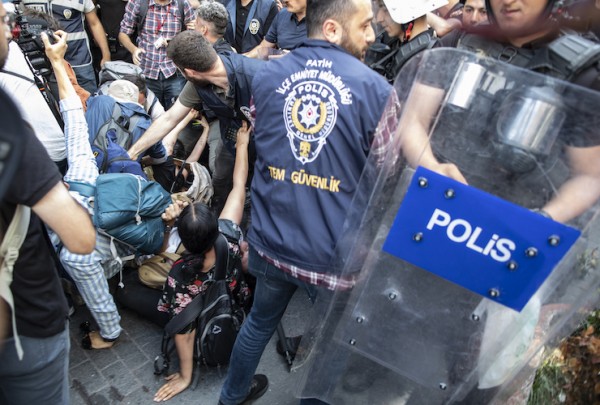 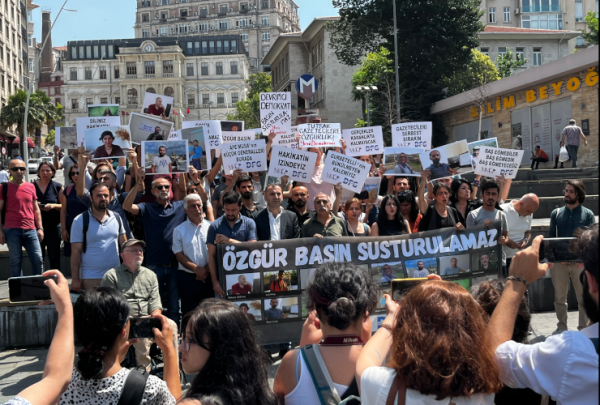