Amid the Polish government’s hostility towards critical journalism, financial pressure on critical press is mounting. This is particularly visible at Gazeta Wyborcza, Poland’s biggest broadsheet daily in terms of circulation. The paper has established itself as the leading critic of the right-wing Law and Justice (PiS) party, which has been in power since November 2015.

From the newspaper’s perspective, the degree of financial pressure brought to bear amounts to a concerted strategy to stifle criticism by weakening the daily.

“We are a symbol of the accomplishments of the Third Republic – the ancien regime – everything the current authorities despise,” Deputy Editor-in-Chief Jarosław Kurski told the International Press Institute (IPI) in an interview, referring to Poland’s previous governments.

Gazeta Wyborcza has been hit hard by the shift in advertising by state-owned companies from critical press towards right-wing outlets supportive of the government. In the first 11 months of 2016, overall advertising revenue at Gazeta Wyborcza fell by 18 percent year-on-year, compared to an average decline of 5.4 percent among Poland’s dailies, according to estimates by market research firm Kantar Media.

For Kurski, the shift in state advertising amounts to “a form of subsidy for friendly media”.

Like weeklies critical of the government, Gazeta Wyborcza has also seen a decrease in subscriptions by ministries under PiS rule. Within five months after the party came to power, the Ministry of National Education had cut its number of print subscriptions from 16 to just one copy, and from five digital subscriptions to one, information portal Wirtualnemedia.pl reported. 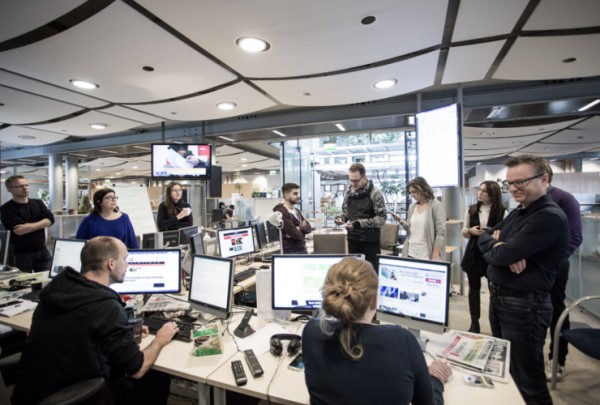 Kurski suggested that “soft methods” may be being used to lower sales, too. Although there is no hard evidence, such as an email from a station manager to staff, readers have reported that that they have struggled to find Gazeta Wyborcza at petrol stations operated by state-owned fuel companies. This echoes similar concerns raised by the editor of Newsweek, a weekly critical of the government, over the availability of Newsweek and Gazeta Wyborcza at petrol stations run by oil company PKN Orlen, in which the Polish state has the largest stake.

Like other media executives, Kurski says he sees these developments as the use of state resources to muffle media critical of PiS and its actions.

“The government’s tactic is based on the idea of suffocating us,” he said, citing the case of Népszabadság, the Hungarian opposition newspaper shut down in late 2016. “That involves telling us: you are not managing, you are unprofitable, you have no readers.”

This tone is also reflected in pro-government media outlets.

“Our funeral is announced every two weeks,” Kurski quipped.

The changes have compounded existing difficulties in the daily market, forcing Gazeta Wyborcza to adapt, including by slimming down its staff. In October 2016, the paper’s owner, Polish media company Agora, announced the mass layoff of 135 employees (around 6.8 percent of the company’s staff). By the end of the year, that number had risen to 190, largely at Gazeta Wyborcza, including long-term staff journalists. Earlier this year, the paper bid farewell to its two remaining foreign correspondents in Brussels and Washington, D.C.

In October, the paper hit its target of 110,000 digital subscribers, originally set for the end of 2017. Online subscriptions now exceed overall print circulation, which amounted to 107,000 early this month, a decrease of 21 percent year-on-year, as calculated by Wirtualnemedia.pl.

For Kurski, the growth in online subscriptions reflects readers’ solidarity with the newspaper in tough times and their continued appetite for its daily coverage.

“We are a bottle of oxygen that readers clasp to their mouths every day,” he said. 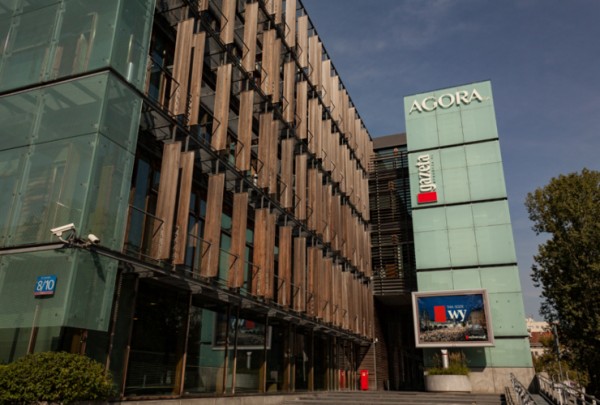 Revenue from sales remains ahead of advertising revenue. In the first three quarters of 2017, these amounted to 70 and 49 million złoty, respectively, equating to declines of 8.4 percent and 16.9 percent year-on-year, according to Agora’s latest quarterly report, published this month. Sales revenue was boosted by the increase in online subscriptions, the report noted.

Looking ahead, Kurski suggested that court cases against Gazeta Wyborcza or its journalists could become a further form of pressure on the newspaper. In addition to financial damage, these could aim to have a “chilling effect” on news coverage by discouraging journalists from writing about topics that the authorities consider unwelcome, he warned.

His concerns have been compounded by PiS’s ongoing “reform” of Poland’s judiciary, which has prompted international concern. Kurski says that he fears that “we could lose cases in the future as the judiciary ceases to be independent”.

Depending on its form, the “deconcentration” of the media that PiS announced earlier this year could also target hit Gazeta Wyborcza’s publisher, Kurski added. The term, used by PiS, refers to a planned law regulating the ownership of private media outlets operating in Poland; the exact criteria that it would use have not been revealed. While coverage has focused on the reform’s potential impact on media owned by foreign publishers, especially German ones, there has been speculation that it could target companies that operate across a range of media – like Agora, which also owns magazines, websites and radio stations.

In the run-up to a long-anticipated government reshuffle, now expected in December, PiS has put off the reform, but critics say they fear it could resurface later.

“This is the best and worst time for us as a newspaper,” Kurski concluded.