According to information received by IPI, Mbaruco, a journalist with Palma Community Radio, was detained by military officers on April 7 in Mozambique’s restless northeastern Cabo Delgado province.

“The Mozambique government should immediately ensure the release of Mbaruco and investigate his arbitrary detention by the military”, IPI Director of Advocacy Ravi R. Prasad said. “We are extremely concerned about the pattern of arbitrary arrest and harassment of journalists by security forces in Mozambique, which is leading to an atmosphere of self-censorship among the country’s media.!

Mbaruco went missing on April 7 after leaving his radio station around 6 p.m. and since then neither his family nor his employer has heard from him. The journalist was seen leaving the radio in the Cabo Delgado Province on his motorbike when he was approached by military officers. Before being taken away by the officers, Mbaruco managed to send a text message on his phone to his colleagues informing them that he was being approached.

Family members and friends went to the military barracks in the town of Palma, where they were told that Mbaruco was being held at the town’s police station. The family then filed a complaint of forcible disappearance with the town’s district administration and the local police.

On April 14, the family approached the Cabo Delgado Provincial Prosecutor’s Office demanding that the authorities take action to guarantee the release of Mbaruco. So far, the exact whereabouts of the journalist are not known.

The province in which the forced disappearance occurred, Cabo Delgado, has seen clashes between the government forces and armed groups, including violent Islamic extremists. The government has tried to ban journalists and media organizations from reporting in the area, denying access to those who seek to enter the area to report about the situation.

The European Union delegation in Mozambique issued a statement on April 15, expressing concern over the deteriorating security situation in the province and urging the government to investigate the disappearance of Mbaruco. 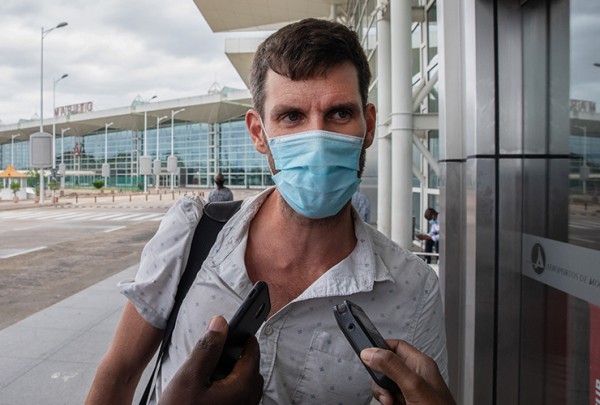