Impunity: Democracies around the world failing to protect journalists

Impunity for crimes against journalists highest in the Americas

People and friends of anti-corruption journalist Daphne Caruana Galizia, take part in a protest march on the second anniversary of her murder, in Valletta, Malta October 16, 2019. REUTERS/Darrin Zammit Lupi

According to the Vienna-based IPI’s Death Watch, as many as 40 journalists lost their lives over the last year. Of these, 25 were killed in targeted attacks in retaliation for their work, frequently in response to reports exposing corruption or the activities of crime syndicates. Some eight journalists were killed while covering armed conflicts in Afghanistan, Syria and Yemen and one journalist was killed covering civil unrest. Six journalists died while on assignment, two in Somalia and one each in Brazil, Turkey, the United Kingdom and the United States. 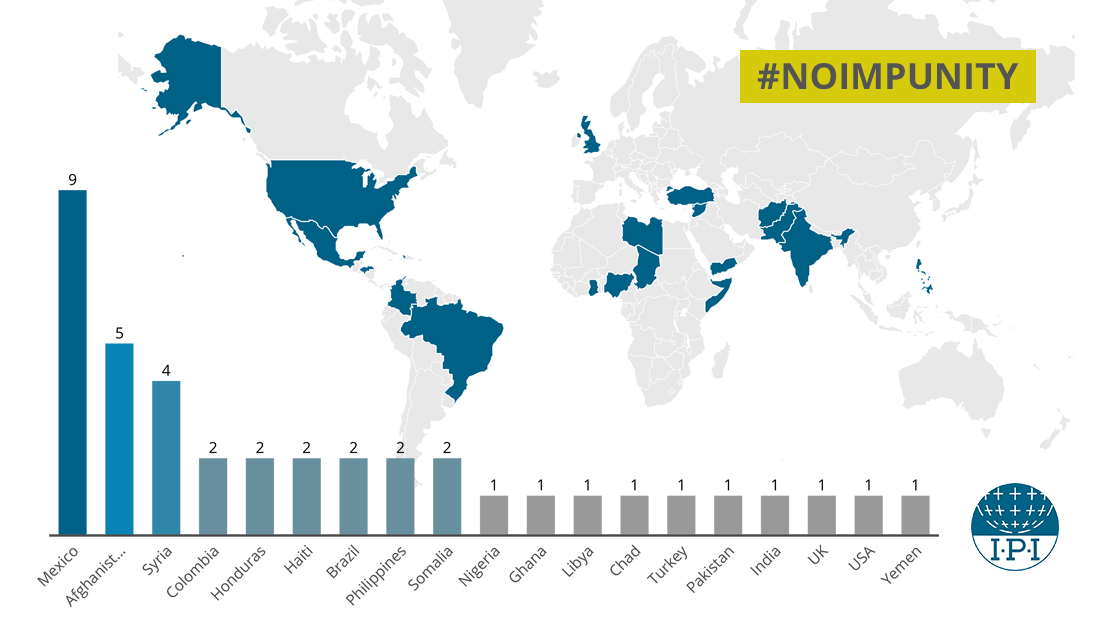 Although there has been a considerable decrease in the number of journalists killed in the last 12 months as compared with the same period last year in which 100 journalists had lost their lives in relation to their work, impunity for journalist killings nevertheless remains rampant. None of the killings over the past year has been fully resolved, and investigations in the vast majority of cases remain tardy or nonexistent.

Analysis of the Death Watch data shows that over the years the majority of the targeted killings have taken place in democracies and impunity for such crimes remains high in these countries.

“Press freedom is an essential ingredient of a vibrant democracy, but democratic governments are not merely failing to protect journalists, they are not even ensuring proper investigations into the killings in their countries”, IPI Director of Advocacy Ravi R. Prasad said. “Democratic nations have to do more to protect journalists not just from being killed, but also from the online threats they are subjected to.”

In Europe, which champions democracy, human rights and press freedom around the world, there remains complete impunity for the 2017 killing of journalist Daphne Caruana Galizia. By contrast, prosecutors in fellow EU member state Slovakia this month indicted the alleged mastermind and three further suspects in the February 2018 murder of investigative journalism Ján Kuciak and his fiancée.

Outside Europe, democracies are failing to eradicate impunity. Two years after Gauri Lankesh was short dead outside her house in Bangalore, Indian police have yet to bring the masterminds behind the murder before justice. Similarly, in Ghana, there remains impunity for the January 2019 murder of Ahmed Hussein-Suale. Mexico, Latin America’s second most populous democracy, remains a world leader in impunity; recent murders of high-profile journalists such as Javier Valdez Cárdenas and Miroslava Breach Velducea remain unsolved.

The killing of Jamal Khashoggi, a columnist for The Washington Post, on October 2 last year, is an example of rampant impunity for crimes against journalists. But while pressure has risen on Saudi Arabia in some corners, the Kingdom’s democratic allies have so far failed to hold it to account.